Home
To The Hunt! 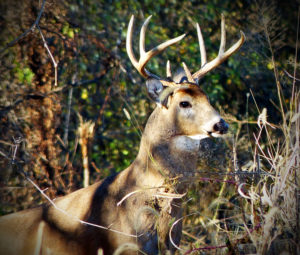 Are you interested in hunting? Are you unsure where to begin? Choosing the right game and weaponry for your hunt can be a daunting task indeed. Here are a few things to consider when considering everything from waterfowl hunting to big game hunts.

It’s decidedly easier to narrow down your choice if there is a specific reason involved in your hunting. For example, if you’re hunting for food, bagging big game animals such as moose or elk will leave you with more meat than you know what to do with. Their pelts are also useful for making blankets, rugs, wall hangings, and more. Of course, big game hunts aren’t the only way to gain decent amounts of food. In many cases, engaging in weekend-long squirrel or rabbit hunts will leave you with enough meat to suit your needs.

Are you hunting for trophies? Wild boar hunts are prized for their potential trophies. Unlike most hunts, boar hunting involves a much more up close and personal technique, but many see this as more than worth it for a chance to win a prized pair of tusks or hooves. In many cases, some hunters mount and stuff the entire body for display, particularly if it has a pleasing head shape, pelt, and tusk length. While trophy hunting isn’t limited to boar hunts, wild boar and pigs are hunted more for their trophies than for their meat. Of course, if you want to add a rustic addition to your home or cabin, you can’t go wrong with using deer, elk, or moose antlers.

Are pests a common problem in your area? If coyotes, foxes, groundhogs, and other varmint species are becoming a nuisance, perhaps it’s time to consider a varmint hunting license. This is particularly useful for landowners or farmers who frequently suffer due to coyotes or foxes attacking their livestock or disrupting the natural ecosystem. In keeping their population down, you will be helping out your community. Similarly, you can also make arrangements with farmers regarding deer, rabbits, squirrels, and other creatures interfering with their crops.

Other hunts are chosen by the technique rather than the game. For example, waterfowl hunts are known for their use of stealth, cunning bird calls, and patience, while moose and elk hunts involve the use of bugles and can take you tracking up to several hours before you find anything to shoot. You may also make your decision according to whether or not it’s best to use a rifle or a bow and arrow. Regardless of your choice, you will be able to relax in the knowledge that you are enjoying nature and reaping her bounty when indulging in your hunts. Learn more today!